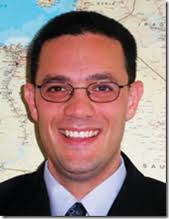 Dr. Sean Foley is a Professor of History at Middle Tennessee State University (USA) and specializes in the Middle East, Southeast Asia, and political and socio-religious trends in the broader Islamic world. He has published widely on the arts, Islamic history, Middle East and Gulf politics, smoking, Southeast Asia, Sufism, and Muslims in American and European history. His first book, The Arab Gulf States: Beyond Oil and Islam, was published by Lynne Rienner Publishers in March 2010.  His second book, Changing Saudi Arabia: Arts, Culture, and Society in the Kingdom, was published by Lynne Rienner Publishers in February 2019. The second book is now available in paperback and was translated into Arabic and published by Adab Press in 2022. He has delivered over seventy papers to international conferences and to universities in Asia, Europe, the Middle East, North America, and Southeast Asia. Finally, he has contributed to The Atlantic, the Australian Broadcasting Corporation Television, al-Jazeera.net, al-Jazeera English Television, The New Straits Times, The Tennessean, and Voice of America Television.

Dr. Foley earned an M.A. in Arab Studies in 2000 and a Ph.D. in History in 2005—both from Georgetown University. He graduated with a B.A. in History with honors and distinction from UC Berkeley in 1996. He has held Fulbright fellowships with Damascus University, Istanbul University, and the International Islamic University Malaysia. He has also done extensive research throughout Saudi Arabia and was based at King Saud University from April 2013 until the end of January 2014. From June 2014 until August 2014, he was a Visiting Fellow at the Centre for Arab and Islamic Studies, Research School of Social Sciences at the Australian National University. In 2021 and 2022, he conducted a needs assessment of Saudi Arabia’s independent music scene for a US State Department PAS Small Grant. As part of the grant, in March 2022, he organized a concert of Saudi musicians in Jeddah and an academic conference on the Kingdom’s music scene.